Old age, unknown – no medical attendant, phthisis (tuberculosis), these are all causes of death that I come across frequently. Old age is some times described as “senility” but whichever one is used is something of a catch-all, really meaning “we’re not sure but he/she was old”. “Unknown” has much wider application and was an honest answer when there was no medical person around to diagnose, a common situation in the Highlands and Islands into the 20th century.

But I have one much less common cause of death.

William Harris died after being accidentally knocked down and run over by a waggon on 22 August 1892, aged 70. This happened on his own farm, The Stedment, in the parish of Wentnor, Shropshire, not far from the Welsh border. 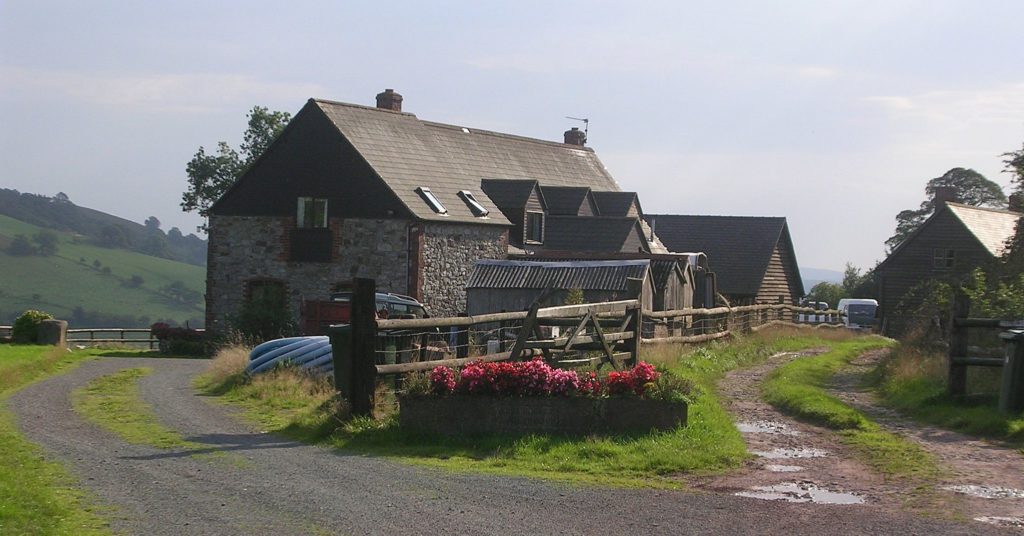 Probably a barn and part of the yard at the Stedment in former days, now a house

There were two brief articles in The Shrewsbury Chronicle on 26 August. Firstly, in the Wentnor news, his own parish:

“On Wednesday last an inquest was held at Stedment Farm before Ernest Griffiths Esq Deputy Coroner on the body of William Harris, aged 70, who met with his death on Monday last by being knocked down and run over with a waggon and two horses. In accordance with the evidence a verdict of “Accidental death” was returned.”

The Coroner’s report on the accident has, unfortunately, been destroyed. A second report appeared in the Ratlinghope news. (Stedment is close to Ratlinghope parish):

“A fatal accident occurred to a farmer named William Harris of the Stedment on Monday night. Whilst going for a load of hay the horse took fright and ran away and caused Harris to be thrown down and he sustained such injuries that he died shortly afterwards much to the regret of all his neighbours and friends.” 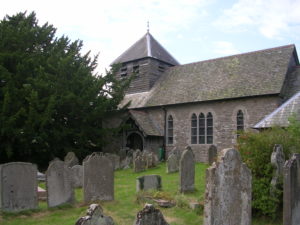 Wentnor Church where William is buried

A terrible way to die. It’s a reminder, too, of what dangerous places farms can be with large, strong animals and machinery. It must have been very frightening for the family and others there.

Well, not an Orkney ancestor, that’s for sure! William Harris (1822-1892) was my husband’s great-grandfather. He was born in Wentnor, but not at Stedment. That farm (rented rather than owned) came to him through his wife, Eliza Blockley (1826-1904). There’s something of a mystery here for, despite there being three Blockley sons, it was the son-in-law who took over. One son had his own farm elsewhere in Shropshire and left money to William’s oldest son, Joseph, so relations can’t have been too strained.

By the 1901 census, Eliza and her youngest son, John, had moved about 16 miles to Cound, very close to her daughter, Ann, and where John now had a farm.

A post bringing togther “Cause of death” and “Frightening”, the last two October themes for the #52ancestors challenge.