As I’ve already written about my granny, my longest-lived relative so far, and the ages of my x2 great grandparents, this week’s #52ancestors theme “Oldest” is more of a challenge. For reasons that will become clear next week, I’ve decided to write about a great aunt.

She was born on 27 July 1887 at Upper Seatter (Upper House), North Walls, Orkney, the home of her paternal grandparents, Hugh Ross and Ann Thomson. She lived most of her life in North Walls (island of Hoy), at Elster, then Lyness Point and, from 1921, at Wellbraes, Crockness. 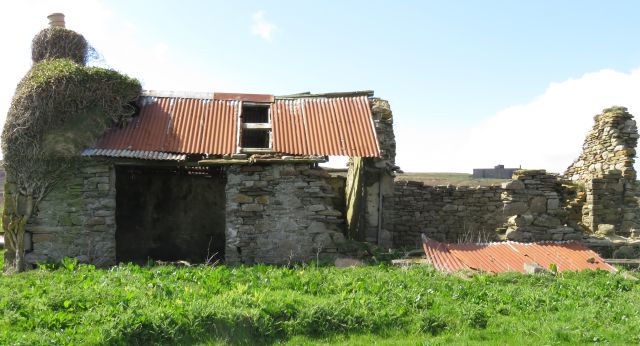 Later, as her parents grew older, at some point in the 1930s, she moved with them to Orphir, on the Orkney mainland, near to her sister Janetta, Mrs William Clouston at Clowally. Mary Ann died there on 8 July 1946, aged 58. The cause of death was paralysis.

Mary Ann is a shadowy figure; no photos; my mother did not know she had even existed for some time after she married my father. That is almost all I know about Mary Ann. Almost.

This is a now old-fashioned Orkney expression to describe someone with additional support needs in terms of a learning disability. It means ‘not quite normal’;  far more kindly than the stark description of 13 year-old Mary Ann in the 1901 census. 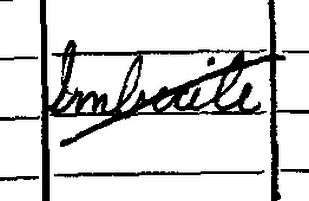 (The strike through does not appear to be of any significance, just a mark by the census enumerator.)

My father lived next door to Mary Ann and her parents during his childhood but all I can remember him saying was “She could wash dishes anyway”. I do not know what her condition was but I presume it was congenital.

Though there was a similar question about disabilities in the 1891 census, there was no response for Mary Ann. Perhaps her parents could not bear to put things in black and white or they may have not been fully aware of the issues.  In the 1911 census, the slightly less harsh ‘feeble-minded’ was the answer for her, though ‘imbecile’ was still an option.

Behind those words lay a young life and parents who were no doubt sad that their first child was ‘no ferly normal’. They probably received little if any support. That was how life was then, a topic I’ll come back to another week.

More about the census

For each person in their household on census night 1901 the head had to say whether they were any of the following:

A similar question had been asked since the 1871 census while collection of information on deaf, dumb and blind began in 1851. For more on this see A vision of Britain.

The language is brutal, even for its time. It appears that when ‘feeble-minded’ replaced the term ‘idiot’ in 1901 the numbers of people in that category rose considerably compared to the 1891 census. (See article on Histpop) I suspect Mary Ann is a case in point.

If you are interested in the numbers, Mary Ann was one of 91 ‘imbeciles or feeble-minded’ in Orkney and 6623 in Scotland, both figures from the 1901 census report.

As well as an unwillingness to class a family member using these terms, there was also confusion about what exactly was required: what did these categorisations actually mean? Consequently the quality of the data collected was suspect. As a result, this question was abandoned entirely after the 1911 census.