Valentine card, from ?? There’s sometimes an air of mystery, someone who doesn’t want to identify themselves. I have a potential x5 great grandfather who married on 14 February 1769, but is he Mr Right? (Valentine is the theme for #52ancestors challenge this week)

The starting point is Janet or Jennet Gray, my x4 great grandmother, who married Peter Sinclair on 19 April 1798 in Orphir, Orkney, both of the parish.  Usually I would have to hope she survived until the 1841 census, better still 1851, to get an idea of age and birthplace. Orphir however is one of those few parishes where a pre-1841 census (pdf) survives and it is very helpful, not least for giving maiden names. Here are Janet and Peter in 1821, living at Lingue (Lingo).*

Janet was in the 40-50 age group, so she could have just had her 40th birthday or been going on 51, so born 1770-1781. Given that Effy, the youngest child above, was under five it is unlikely that Janet was more than mid-40s at most. As she and Peter had another child, Barbara, who was born on 14 February 1823 the evidence points to to Janet herself being born in the late 1770s.

Janet, kindly, was still alive in 1841, recorded under her maiden name with Mary Sinclair, 30, and Betty Sinclair, 25. She was said to be 60 at that time and born in Orkney. Allowing for rounding down of ages to the nearest five in the 1841 census, she could therefore have been anywhere between 60 and approaching 65. So born 1776-1781.  As she died in 1847 there is no 1851 census to check her birthplace further.

There is only one Janet/Jennet Gray baptism in the Orkney OPRs, 1770 to 1783: Jannet, daughter of Robert Gray and Elspit Garray on 21 June 1778 in Orphir. It is possible that her baptism was never recorded for there are gaps. Or she might have been baptised in another Presbyterian denomination but there were few others in Orkney at this point. Why did she not name a daughter Elspit after her mother? Betty, short for Elizabeth a variant on Elspeth, is the nearest and perhaps it is enough. There were no sons so no Robert in the family.

Taking all the evidence so far, it is very likely that Robert and Elspit are the correct parents for Janet.

Robert Gray – who was he?

This is a work in progress, piecing together his life in the same way that I’ve worked on Janet’s life. Robert Gray married Elspeth Garrioch (and various other spellings) on 14 February 1769 in Orphir, Orkney. They had eight children baptised in Orphir 1769-1791, including Janet. Those records tell me that they lived in the Houton area of Orphir, some specifying that their home was Fleck. That would make him a tenant of my Moncrieff ancestors for I know Fleck was one of the farms on that estate.

Robert and Elspeth lived to a good age, long enough to be recorded in the 1821 Orphir census, at Fleck.*

Once again this census, taken on 28 May 1821, gives a good deal of information. Robert and his wife were both 80-90, so born 1730-1741, though there is no age for their daughter Catherine. Robert was a farmer, with 2 black cattle and one swine (pig). Typically other farmers had up to 12 black cattle, some sheep, a few pigs, perhaps some geese and sometimes a plough so Robert’s farm was very small, subsistence probably.

There is a 1735 baptism for a Robert Gray in Orphir…  But that is for another day. 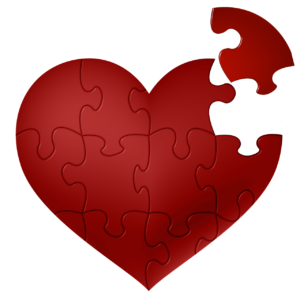