Testament. Not the old and new but a collective name for all the documents to do with the administration of a dead person’s estate. It could include:

John Miller died in Kirkwall, Orkney, on 3 December 1825, month and year from the documents, date from a monumental inscription. 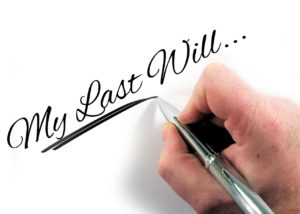 He did not have a will but made a trust disposition and settlement, a way of handling property particularly, leaving practically everything to his wife Elizabeth during her lifetime. But how does this will help with my family history?

People are named in a testament

Lots of them in John Miller’s case. Some are in my tree, including Barbara Miller Sinclair, (1826-1914) my great great grandmother, and her father Thomas (c1799-1863). From clues in the documents I have established that John was the son of William Millar and Margaret Johnstone and that he was baptised on 11 July 1764 in Stronsay, Orkney. I’m attaching a tree (pdf) showing John and relatives, built up from information in his settlement and then the OPRs.

I’ve not yet worked out exactly how he is related to me. John Miller was very specific in naming brothers, sisters, nephews and nieces but omitted the vital relationship details for the beneficiaries who are in my line. The link seems to be through Barbara M Sinclair’s paternal grandmother Barbara Miller (bef 1777-aft 6 Feb 1824), wife of William Sinclair tacksman of Cleat, Stronsay. John left money to her and her family, notably her daughter Barbara, wife of Magnus Heddle, and their family. The Heddle family gravestone in St Magnus Cathedral Graveyard, Kirkwall includes details of John and Elizabeth Miller.

A testament tells you about the person who died

In this case “sometime merchant in London”. A little more detail of what he actually did would have helped!

He was quite a wealthy man. He had easehold property in King Edward Street, Wapping as well  as property in Orkney owned outright. Little Corse, St Ola, is named and, I think, Grain farm. When he died he left bequests totalling more than £3000, about £2.5 million in terms of relative income worth (see Measuringworth.com for details).

As you may have gathered, I have some more research to do on John but his will is a great starting point.