Hugh Ross. I only needed to mention that name and my father would say something along the lines of: “He was colour blind so he never passed out higher than bosun.”

Hugh (1849-1927) was his great uncle, an older brother of his grandfather, John, both children of Upper Seatter, North Walls, Orkney.

With that background, it was quite moving in a way to find his First Mate’s certificate.

“This officer has failed to pass the examination in Colours”

In fact my father was wrong, to some extent. Hugh took the First Mate exams on 31 December 1879 and failed but then sat them again on 13 January 1880 and passed. His certificate is proof of that. However, at some point, his colour blindness came to light and the certificate was revoked.

One of his ships

This photo was on a wall at home for years. I did not like it, but now, knowing more about the man, Hugh Ross, who sailed on the Benares, it is of value. A card from Hugh to his brother John perhaps? 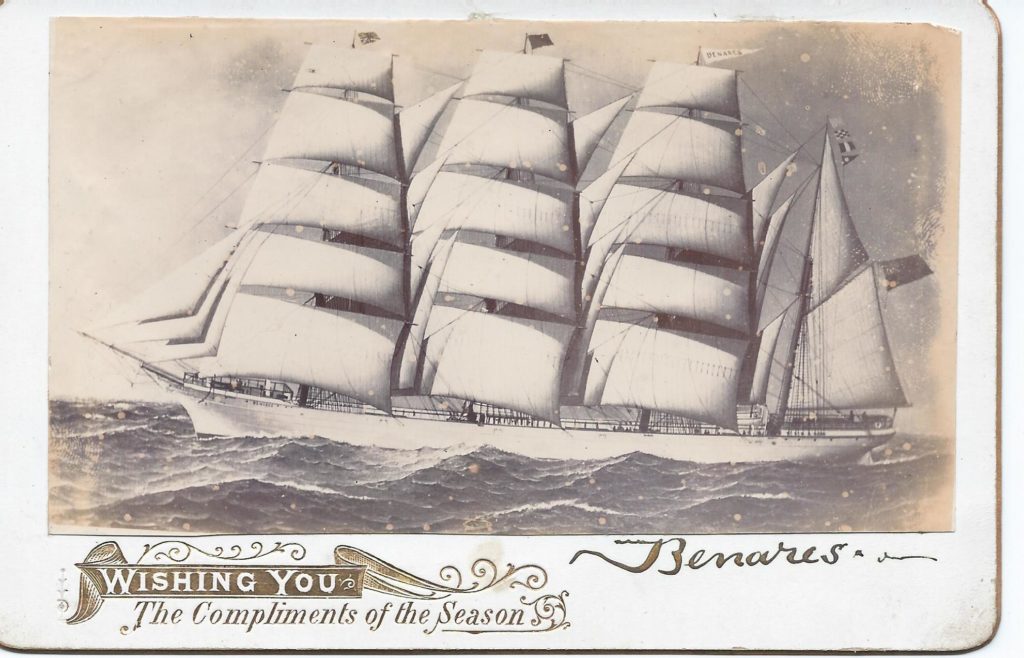 A post on the theme “Random fact” for the #52Ancestors challenge.