‘Ten green bottles hanging on the wall…’ You know the song, numbers go down to nine, then eight, seven and finally none. Families and surnames may experience a similar decline; some survive, others die out. Someone asked me recently about the Orkney surname Fea which I knew of from history but could not recall anyone with that name in my lifetime. There is something of the same pattern in my own family.

A case-study in disappearance

My great grandparents, Hugh Ross and Ann Thomson with their 10 children were among 36 Rosses recorded in North Walls, island of Hoy, Orkney in the 1861 census. Ross was was the fourth most common surname in the area though relatively uncommon elsewhere in Orkney apart from South Ronaldsay. When my father left North Walls in summer 1955, less than 100 years later, he was the last Ross in the island. From the 10 Ross children, I know of only two direct male descendants, my cousin and his son. As his son has no children, the direct male line will almost certainly end in the next forty or so years. So two things to look at: why did the Rosses leave and how did we end up with so few now?

The 1841 census shows 10 Rosses in North Walls, my x 3 great grandparents Walter and Charlotte and eight children at Downatown/Doonaton (Doonthro as it is known locally). By 1851, two sons had married so numbers almost doubled. 1861 is the peak figure, but we are still in the high 20s/low 30s from 1871-1891 with births balancing out deaths and a few new Rosses moving in. 1901 is the first real dip, due in large part to two families moving away. By 1911, there were just seven Rosses recorded, the result of deaths due to a declining ageing population, and no births.

That’s a very superficial analysis and census figures are only a snapshot on census night when people can be away from home and others visiting temporarily. The total figures also hide quite a lot of movement to and from North Walls as well as, to a lesser extent, Ross women marrying and changing surname.

Why did my people move away?

A shepherd on the Melsetter estate and his family, unrelated to my line, account for eight of the 36 Rosses in 1861; they had moved to the Orkney mainland by the 1871 census. It was quite normal for shepherds to move, sometimes quite significant distances, while work or lack of it is a significant factor in migration generally. Four of Hugh and Ann Ross’s five daughters left Orkney entirely and were in service in mainland Scotland. One did return, married, but not to North Walls. Marriage led to some of their first cousins, daughters of James Ross, merchant, leaving too, at least two following husbands who were merchant seamen.

For the sons, employment was again a significant factor. A 12 acre croft like Upper House (Upper Seatter), Hugh and Ann’s home, could barely support one family, especially as the lean years of the 1880s wore in. My great grandfather John and his oldest brother Walter went to the herring fishing to supplement to other incomes. Hugh, the second son, became a merchant seaman, like a first cousin, a very common route out for North Walls and Brims men (see my list of masters mariners for example). James, the third son, emigrated to Australia, again not at all unusual for the area.

We need to bear in mind the general context. In this case Orkney’s overall population which was in decline from 1871, particularly from the 1890s. A combination of push and pull factors were at work: difficult years for agriculture and perceived better opportunities elsewhere. It’s important to remember too that my Rosses were incomers, from Stroma, parish of Canisbay, Caithness, to North Walls in the mid-1830s. I wonder to what extent their proximity to and familiarity with the sea simply made going away, moving on, less of a thing.

Why so few Rosses now?

From a family of five sons, how come there are so few Ross males now? The short answer is that some families are simply more prolific than others; many sons do not equal many grandsons. With Hugh and Ann Ross’s sons, it’s more complicated than that. So let’s look at them briefly.

Walter (1842-1892): blacksmith, married and lived in North Walls. Drowned at the herring fishing. Three sons, all lost at sea according to my father. I have deaths for two, neither married, but not yet the third (Australian Navy reputedly). End of that male line.

James (1852-1902): emigrated to Australia. Death record (Heidelberg, Melbourne) gives parents’ names and how long in Australia but “Not known” for marriage, blank for children. Family bible says two children. Not found so far. End of that male line?

John (1854-1945): crofter, married and lived in North Walls. One son (my grandfather). He had four sons, one of whom had one son, who has one son with no family. End of that male line.

Sam (1858-1940): shepherd, crofter, married, in North Walls for some years, then Orkney mainland. Two sons, one childless, the other had two sons, one killed in WW2, the other childless. End of that male line.

Four of the five daughters married (Ann died in her early 20s), all had families whose descendants are across the globe from Orkney to Australia, along with descendants of John and Sam. So there is quite a bit of Ross DNA out there still. 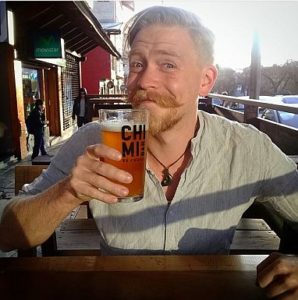 And a spark of hope, My nephew has his mother’s surname, partly in a bid to keep the name alive. But what name? Hugh Ross, husband of Ann, was baptised as Hugh Rosie, the surname of his father and grandfather, but not the majority of his siblings who were Ross! A conundrum for another day.

A post for the #52ancestors challenge on the theme ‘Ten’.