Typical isn’t it, I write about maiden aunts for three of the last four weeks under different topics, and then this week’s  #52ancestor challenge topic is ‘The maiden aunt’! So I’ve had to cast more widely.

Isabella was a younger sister of Tomima Groundwater, my maternal grandfather’s mother.  She was born on 21 March 1853 in Clestron, Orphir, the third child and second daughter of John Groundwater (1820-1899) and Williamina Moncrieff (1827-1918). Her full name was Isabella Hiddleston Groundwater which is intriguing.

Isabella Hiddleston was the wife of the Rev Robert Hiddleston, minister of Orphir at this time. Nothing unusual there, children were sometimes named after notables, incudling ministers and their wives. However, it was Archibald Duncan, the Free Church minister, who baptised Isabella on 15 May 1853 rather than Robert Hiddleston. As he also married Isabella’s parents in 1848, this means the Groundwaters were members of the very new Free Kirk.

There is another twist for Isabella Hiddleston’s first husband was Hector Moncrieff of Houton. He was a first cousin once removed of our Isabella’s mother, Williamina, and died fairly young leaving everything to his widow. I wonder if the name was possibly a move by the Groundwaters to ingratiate themselves with the childless Hiddlestons?

As the third of eleven children, Isabella would have needed to earn her keep as soon as she could. In the 1871 census she was a domestic servant in the household of James Sinclair, East Road, Kirkwall. She was 18 at the time.

Work in Kirkwall or Stromness, the other town in Orkney, could be the first step to moving away entirely and so it was for Isabella. By the 1881 census she was at Beech Lea, Palatine Road, Withington, Lancashire, one of four domestic servants for Henry Hardie, general export merchant.  He and his wife Mary had nine children ranging in age from one to seventeen. She was not alone in Lanacashire for her older brother William had lived in Salford from at least 1875.

Moving on to the 1891 census, Isabella was a nurse at 44 Parkfield Road, Toxteth Park, Liverpool,  the home of Llewelyn Thomas, a steel and tinplate merchant. He and his wife Letitia had three children aged from three to nine. As well as Isabella there was an under nurse, a cook and a housemaid.

By the 1901 census, Isabella had moved much further south, to Sunninghill in Berkshire. She was a nurse, one of five domestic servants, at Pembroke Lodge, Sunninghill. Her age, as in 1891, is three years too young but her birthplace is unmistakeable: Houton, Orkneys [sic!]. (Scorridale is in the general Houton area of Orphir). In fact, as she was in England, only her country of birth, Scotland, was needed. I’m always very grateful to people who provide more information than required in censuses. Her employer was Eleanor F Lowe, a widow, born in Perth, Scotland, who had six children aged from seven to eighteen. They were all born in Formby, Lancashire which may explain how Isabella came to be with them. Eleanor’s husband Edward appears to have been a stockbroker and had died only a few days earlier.

Perhaps 2 April 1911 was holiday time for in that census Isabella was recorded as a visitor at her brother William’s home, 267 Chapel Street, Salford, Manchester. William, his son William, and his housekeeper, Emma Briden, were also there. 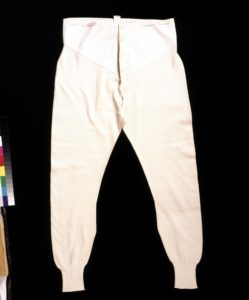 Isabella once brought home some nightshirts, cast offs from her charges no doubt, for her nephews, Tomima’s sons. To boys accustomed to sleeping in their “simmit an draars”, the nightshirts were a source of amusement. “I know people who would be glad of them”, said aunt Isabella. “We are glad of them”, replied her nephews, including my grandfather James, through barely suppressed laughter. (I’m grateful to my mother for this story.)

At some point, Isabella returned to Orkney.  She died on 27 February 1929 at 10 St Catherine’s Place, Kirkwall, the home of her sister, Margaret, and brother-in-law, Robert P Barnett. She was 75. As far as I know, her name is not included on any of the family graves in Orkney. 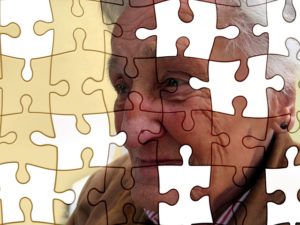 So a life story with many gaps, and no doubt a lot of interesting detail that I may never know.